Question: Can I use a misdemeanor conviction in a Family Law Case? My spouse beat me.  Pled nolo contendere (sp?) to the criminal case and was convicted.  We are divorcing and now my spouse seeks spousal support.

Answer:  Usually, misdemeanors have limited value in family law cases.  An important situation in which they can be used concerns support.  A family law court can use a misdemeanor conviction of spousal battery (or other relevant crime) following a plea of nolo contendere as the basis for applying Family Code § 4325, which creates a presumption against an award of spousal support to a spouse who has been convicted of domestic violence within the preceding five years.  The case is In re Marriage of Priem  (2013) 214 Cal.App.4th 505, 153 Cal.Rptr.3d 842.

In Priem the court stated  “The Legislature has determined that “victims of domestic violence [should] not be required to finance their own abuse. Thus, it enacted a series of statutes providing that a criminal conviction of DV shall be considered in making or reducing temporary or permanent s/s awards in favor of the abuser. Section 4325 creates a rebuttable presumption that s/s requests are not to be granted to spouses who have been convicted of DV during the five years preceding the filing of a petition for dissolution.” 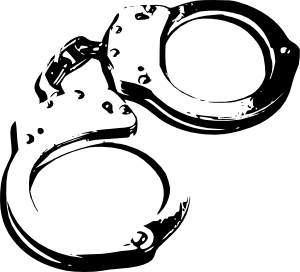 The story doesn’t end there because the court went on to state that, “ even in those civil actions in which a nolo contendere plea is admissible, the party is traditionally permitted to contest the truth of the matters admitted by the plea, to present all facts surrounding the nature of the charge and the plea, and to explain why the plea was entered.’ ” Id.

This means that your spouse can bring evidence into the family law court about the matter and you will need to rebut that evidence in order to avoid paying spousal support in this situation.