Do Grandparents Have Visitation Rights After Divorce? It Depends on the Facts

The Divorce Courts in California will likely grant a formal request for visitation if the Grandparents and the child have an existing significant relationship. 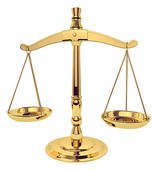 The child’s mother, however, started to permit the grandparents to visit with the child during her parenting time, and when the father discovered this arrangement, he became angry, so the child’s mother ceased the visits. In 2013, the grandparents petitioned the superior court for an order permitting them to visit their granddaughter. Pursuant to Family Code § 3104, the trial court awarded visitation to the grandparents. The father brought the present appeal. In affirming the trial court’s decision, the Court of Appeal stated: “We conclude section 3104 permissibly reflects a legitimate state interest in preserving an already existing grandparent-grandchild relationship that is threatened but in the best interest of the grandchild to safeguard.”  (Stuard v. Stuard (Cal. App. 3rd Dist., Feb. 5, 2016) 244 Cal.App.4th 768, review filed Mar. 16, 2016